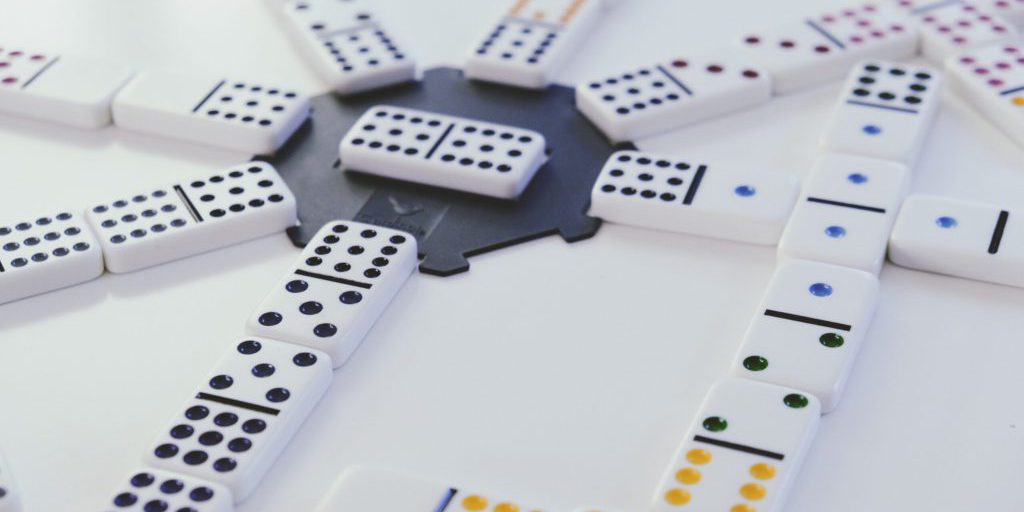 Math games for kids are an interesting way to teaching mental math to your kids. Because, only few out of many students find math an interesting subject. Others think math as a nightmare or face math anxiety. Majority takes math as numbers and fails to grasp the real life application of math. Simple mathematical concepts appear to be difficult to many students because of less motivating teaching strategies followed by conventional teaching method.

Hopscotch is one of the oldest and favorite traditional games from many years. This simple object retrieval game encompasses many physical and social benefits. Apart from these, we also achieve cognitive benefits as well. Let’s merge it with math as well.

For Hopscotch Math Games, we only need some chalk and stone.

A hopscotch area similar to calculator is drawn on pathway and make sure squares are close enough to jump. A player tosses stone and jumps on squares to complete the equation. Jumping can be done with one foot for odd numbers and with two feet for even numbers.

Difficulty level can be increased according to the child’s age by increasing numbers in calculator, going for multiplication and division sums.

A player keeps on playing until he makes mistake or jumps on line. A player who reaches the number 9 or the maximum number wins.

This is a simple yet great game for polishing addition skills of students. We need paper, pencil and a dice. This math game can be played in many teams. A participant tosses a dice and is allowed to use that number either as units or can take as tens. For example; if a participant rolls a dice and dice show up 2 the team may take it as 20 or 2 depending on their requirement.

The task is to reach close to 101 as fast as possible. They toss and keep on adding until they reach near to 101. The team that reaches first wins. Through this simple game, mental math skills are enhanced. For this simple yet interesting game we just need cards with number on it. Simply write numbers on cards. This game can be played by more than two players at a time. Each player is allowed to pick two cards and has to add or subtract according to the task given. If the answer is correct he gets the card otherwise put it back in the deck. In the end, the player with most cards wins the game. To increase difficulty or to level up we may use three cards at a same time. Or to make it more interesting we may also play multiplication game with same cards.

The classic game of all the time is Simon says. This is similar to follow the leader. The task is to follow the directives of Simon who is your leader. And Simon’s task is to confuse the follower. The one who stands till the end wins the game. Wouldn’t it be interesting if math and Simon joins hand together for making math fun? YES! So just check it out; HOW?

This could be used as an ice breaker or for making classroom math as fun. This is a multi-player game and the one that stands till the end or completes all the tasks wins.

In this game, Simon provides variety of tasks related to math concepts. Simple tasks for kindergarten or can use logical or rational tasks for elders.

Simon’s task may vary. Let’s consider some basic tasks that Simon can use. Simon can say count till 5 or jump 7 times or clap 3 times. Move and make circle, triangle or star.

Legos are construction toys that are made up of plastic. Being colorful and small in size stimulates child’s creativity for endless possibilities. Being popular among kids, these Lego blocks can help to inculcate mathematical concepts. A math teacher may use Lego for variety of math concepts and can make learning math engaging.

Let’s explore how to use lego for mathematical concepts.

By using simple and easy to access materials we may transform our classroom learning from conventional teaching method to modern teaching. This way a child feels more participating and takes the broader concept rather than math only being numbers.