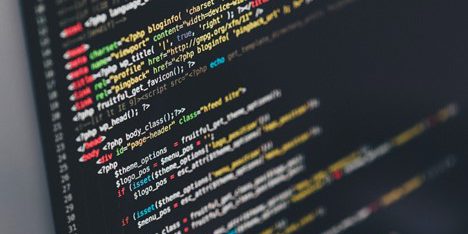 Take Your Coding Skills to another Level with These International Competitions

If you are looking to showcase your coding skills internationally, your go-to option would be to enter a renowned, worldwide competition. This can help you gain the recognition you deserve. From joining IT internships to working for well-known software companies, it’s time to take it to the next step. This step is to participate in international competitions to compete with coders with similar levels of expertise. This will put your skills to the test and help you further improve your skills. Therefore, we will go through a list of some esteemed competitions available for coders and programmers worldwide.

Google conducts its very own coding and programming competition annually. The competition’s main objective is to solve a set of algorithm problems using any programming language best rehearsed by the coder. The task is to be completed within a given amount of time. It is a popular competition with a recorded attendance of 35,000 participants in 2019. The winner receives prize money of $15,000, while other prizes are up for grabs for the runner-ups. The Google Code Jam competition was inaugurated in 2003 and is still active today.

The International Olympiad In Informatics (IOI) is a prominent Coding Science competition. It is the second-largest competition in terms of worldwide Olympiads, where a total of 83 countries have participated in the year 2017. This competition was inaugurated by The United Nations General Assembly all the way back in 1989. Although the target audience is secondary school students, there is no policy for how young the participant must be. The catch is they must be enrolled in an academic institute with a maximum age of 20 years. Many algorithmic problems are presented to students, and it is their task to solve them through problem analysis and their C++ skills within a 5-hour duration. Medals are awarded to the top 50%.

TopCoder Open (TCO), developed by TopCoder, is another widely recognized International Competition. Created in 2011, 30,000+ coders participated in this tournament, putting their C++, Python, VB.NET and python skills to the test every November. TCO is organized in different parts of the US. Upon passing and completing the TCO eligibility test, you are signed up as a participant. Winning each competition in the tournament will earn you points, prizes and a chance to receive a trip to the TCO finals in the States.

Organized by Facebook, the Facebook Hacker Cup is up on the list of top international coding competitions held annually. Ever since 2011, when it was created, it has been conducted between July and December annually. Coders with expertise in any programming language may prove their talent by indulging in algorithmic problems and coding skills contests. The top winner wins prize money of $20,000, but prize money is not limited to the top winner or the top 3. All top 25 winners receive prize money for their efforts. The 2000 participants who solve a problem receive their own Facebook Hacker Cup t-shirt!

The ACM-ICPC International Collegiate Programming Contest is a multi-tiered programming contest popularly referred to as the ICPC. It is a prestigious competition open to University students that have been conducted since 1976. These are held annually from September to July, with an estimated 50,000 participants registering every year.

A team is formed of three members before the contest. Each competitor group is tested through various programming problems using C, Java, Python, Kotlin or C++. They then acquire their place on the leaderboard or even gain the title of programming champion.

If you are a coder aspiring to reach new heights and enhance your skills, international competitions are the way to go. They allow you to improve your skills by participating in competitions against other talented coders. These competitions are a gateway to help you polish your skills, prove yourself to the world, or even learn something new. We have discussed various international competitions that can help you take your coding skills to the next level. Who knows, maybe you might come out on top in one of these. We hope this article proves helpful and enables you to become the high-level coder we know you can be.

What Hand-on-skills Help You Thrive In Computer Programming?
November 15, 2022

How Short Online Coding Courses Are Beneficial for Kids
October 12, 2022