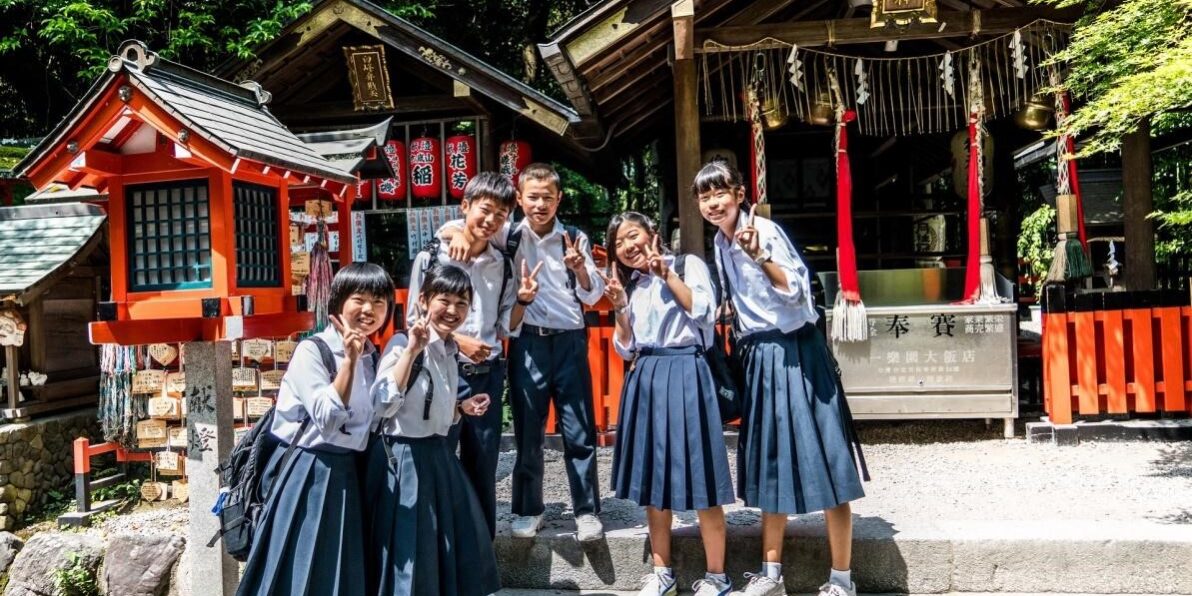 Japanese School System and What We Can Learn from it?

The Japanese school system has the most holistic approach to teaching you will ever see. Instead of solely being a center for academic education, they teach kids life skills and discipline, unlike any other system in the world.

The main area where a Japanese system differs from the other systems is the emphasis they place on ethics and morals. Their system includes 6 years of elementary school followed by 3 years of junior high, 3 years of high school and then 4 years of university.

With a 99.9% literacy rate as per a survey in 2019, Japan has one of the leading systems of education. Education in subjects of mathematics, language and now STEAM, coding and robotics begins from an early age of 6 and continues till 16 years, which is the age cap on compulsory education in Japan.

Even though the Japanese system is criticized for being too homogenous and giving kids less room to think on their own, the simple fact is that it works and it works rather well. This is shown in the literacy rates and the high ranking in the international standardized tests and surveys. Plus the unemployment rate in Japan is 2.29% as compared to America’s 3.79% and Russia’s 4.43% in 2019. It is all thanks to their comprehensive education system. To make other school systems better, there are a few tips we can pick from the Japanese school system.

This education system of Japan has led the country to form a stable government, a widely literate population and success in the internationally competitive economical market. There is something to be learnt from that. So here in this article, we have compiled a few aspects of the Japanese education system that we should all apply into the educational systems of our countries, so perhaps we can improve the quality of education and literacy rate in our countries.

What is Special about the Japanese School System? The Japanese education system is very disciplined and organized. With the school year divided into three terms, the students have a total of 6 weeks of holidays, and they have to study during that time as well. The regular school day is 6 hours long with many more after school activities and homework to do.

This system performs well.  Japanese students’ world ranking places them second in mathematics and first in science and reading in standardized test scores, according to the program of international student assessment. The reason for doing so well is the strict discipline and routine that everyone follows, and an incredible amount of responsibilities the students are given.

From a young age, the kids are taught to respect the teachers and the elders in the community. The subjects covered in a Japanese school include the traditional social studies, science, mathematics, home economics and the new subjects also include STEAM education, coding and robotics as well.

The special feature of the Japanese system of education is their focus on all-round growth and development of kids and not just academia. The home economics studies teach basic life skills such as cooking, sewing, and fixing stuff around the house.

The Japanese system of education is quite different from western school systems. For instance, almost all schools require students to wear a uniform which is a rarity in other parts of the world. Some other interesting features of a Japanese school include

What we can Learn from the Japanese School System

Besides having the longest school days as compared to other educational systems Japan makes sure that the resources allocated to the schools are utilized most efficiently.  The teachers hired are dedicated and exceptionally respected plus paid well; this is the sign of their high status in the community. Some other aspects of the Japanese school systems that we can all learn from include:

Now we will discuss each of these aspects in detail:

⇒ What Teacher can Learn from the Finland Education System ⇐

⇒ What is After School Program and its Benefits ⇐

The Japanese people have devised an extraordinary system of education that works well for their students. Minimizing distractions and instilling discipline in kids saves a lot of time spent in unproductive activities. By starting the lessons with a formal greeting and wearing a uniform to school, kids are mentally prepared for a day of learning from the moment they enter the school.

Given the success of this system, the world can and should adopt some of the simple ways that make Japanese school system so admirable. You can use the aforementioned tips to improve your education system so the students in your country or school can do as well educationally as the Japanese kids.

These tips are easy to follow for most schools as it requires no drastic change in the ways education is approached across the world. Share this informative article with your coworkers and education policymakers to make some real change and improve the quality of education your students receive.

Drop us a comment if you have experienced the Japanese school system yourself and let us know what you think about it.

How to Setup a Montessori: A Guide for Teachers and School Owners
November 4, 2020

What Teachers can Learn from the Finland Education System?
October 24, 2020